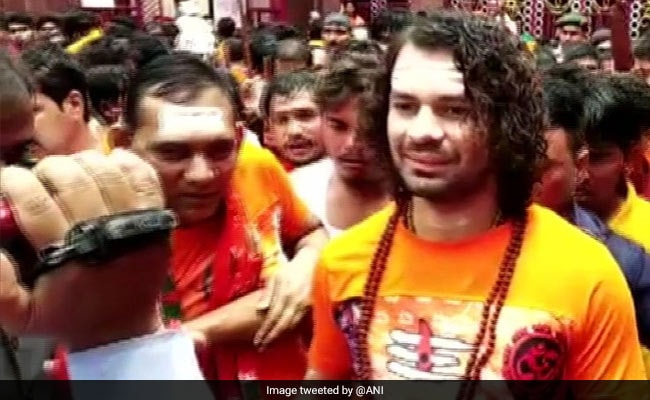 Rashtriya Janata Dal (RJD) leader Tej Pratap Yadav on Sunday said that he will play the flute only when his younger brother Tejashwi Yadav will become the Chief Minister of Bihar.

“Our enemies want to divide our family but nobody can divide us. They all want to defame me as I am the real Lalu Yadav,” he added.

“Berozgaari Hatao Yatra” is being organised by the RJD in view of the state assembly elections to be held later this year. Tejashwi Yadav led the rally in Patna today. It will be held in every district of the state.

The assembly polls in the 243 seats Bihar assembly is likely to take place in October this year.

In the last election in 2015, the BJP had won 53 seats, ruling JDU, which was then a part of Mahagathbandhan, had won 71, and RJD had won 80 seats. Congress bagged 27, while Jitan Ram Manjhi’s Hindustani Awam Morcha managed to win only 1 seat with the Rashtriya Lok Samta Party winning two.