In the Land of Gods, Ghats and Ganges

A nexus of politicians-bureaucrats-forest contractors-builder and mining mafia along with a merciless ‘development’ in the name of promotion of tourism has left Uttarakhand as a lump of loose land mass without any compact organic growth.

The trailers of the massive tragedy witnessed during this month have been showing up every now and then during each monsoon season in one or other part of Uttarakhand. The rapid reduction in the actual forest cover area due to illegal felling of trees was not checked on account of the long-chain of ‘nexus’ and little public resistance to it in the state which was, otherwise, a seat of a robust ‘Chipko’ (women of the area opposing cutting of trees by hugging them) movement in early seventies. Interestingly, Chamoli district where ‘Chipko’ movement started and also produced some of the celebrated environmentalists witnessed rapid deforestation in its villages, towns and cities. In over two-decades , illegal construction of hotels , building and shops- around 300 such structures reported to have been washed away in the recent disaster-has continued pressure on the ecologically fragile regions of Garhwal and Kumaon .

The hill tracks in Uttarakhand , marked ‘sensitive’ are replete with unauthorized constructions by the locals as well as the outsiders but rarely invite action from the authorities.

In Nainital tourist city a part of the hill facing the lake has unauthorized houses and hotels including some allegedly owned by those who once claimed to be part of ‘Chipko’ agitation!. These constructions have been there for decades with the law of the land being waylaid by one and all. The Centre and the state dispensations have virtually abdicated their governing responsibilities with a degenerated crony-Capitalism having a fee ‘tandav’ in a country that reels under the impact of multiple-anarchies at every step. The hill cities, towns and roads have ceased to be serene places with the sound and smoke of heavy SUVs , cars, scooters or motorcycles reaching virgin lands.

With rising consumerism, the hill cities at time look-like plastic garbage dumping grounds- for which much of the blame has to go to reckless tourists with little civic sense or environmental awareness. While on the micro-level public itself has a duty to preserve its immediate environment , the larger picture is muddied by the rampant political corruption and its direct beneficiaries. Unauthorized construction, illegal mining and unchecked felling of trees is not an activity that can go unchecked for decades without the tactical government ‘approval’. Government – Centre or the state- do not need Comptroller and Auditor General (CAG) or a body of Geologists or Earth scientists to tell that the youngest range of mountains in the world in Uttarakhand require very careful handling. And in fact, there are not one but hundreds of such genuine reports submitted by scientific institutions/individuals/ NGOs to the Centre ,the state governments or their environment ministries urging urgent action to set a new developmental model for the hill state as against the current rapacious one , transforming it in a land of recurrent landslides and floods and earthquakes. These reports cautioning against rampant exploitation of the Himalayan region are stashed into dustbins precisely for the same reasons for which Vohra committee report of October 1993 on the nexus among criminals, politicians and bureaucrats was put in the cold freezer after it authentically amassed criminalization of politics and submitted it to the centre with sensational Annexures.

For that matter government or governments have rarely acted on any policy matter which negatively impacted on the vested interests or the clout of political masters. In 2006 as mighty an institution as Supreme Court of India directed that all states carry out seven points of police reforms and even appointed a monitoring committee to oversee its implementation. Police reforms beyond 1861’s archaic Police Code could have been key to progressive changes in the polity and society and also dealt effectively with the rising crimes against women and children.

More than six years after the apex court ordered, none state government and even the Centre has cared to implement reforms.
Politicians need archaic laws and police system to fix their own political games and vested interests. By the same reason the establishment has not cared to address the well-known concerns of the hill state which is now witnessing a tragedy of an untold dimension. Public inertia is key to the success of this well-knit nexus and its greed. The hill tracks in Uttarakhand which are marked ‘sensitive’ are replete with unauthorized constructions by the locals as well as the outsiders but rarely invites action from the authorities. In Nainital tourist city a part of the hill facing the lake has unauthorized houses and hotels including some allegedly owned by those who once claimed to be part of ‘Chipko’ agitation!. These constructions have been there for decades with the law of the land being waylaid by one and all.

(D.K Upreti can be contacted at dku786@gmail.com) 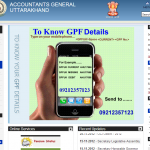 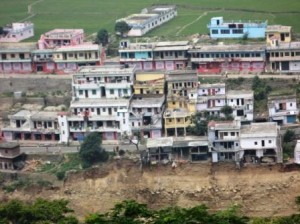 Uttarakhand
October 1, 2016
The vast devastation caused to life and property in the Himalayan state of Uttarakhand-India, has been dubbed as "Himalayan Tsunami".... 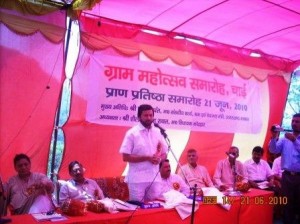 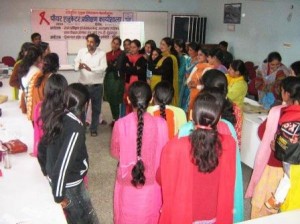