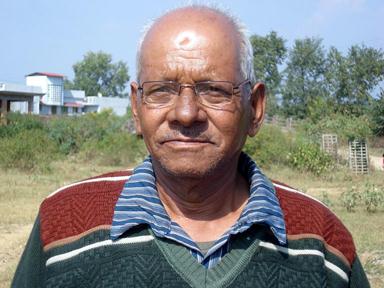 By: Uttarakhand
In: Feature, Research & Reports
Tagged: China
With: 5 Comments

On the 50th year of the Indo-Chinese conflict, the news papers were full of articles, reports, and interviews related to the background to the conflict. I recollected my reading of Himalayan Blunders by Brigadier J P Dalvi, Untold story by Lt.General BM Kaul and Unfought War of 1962 by Colonel J R Saigal. Later I  also recollect my late father then a Staff Captain (Q) posted with the 5 Mountain Division in the late sixties in that area using familiar names like Tezpur,Tawang,Bomdila, Sela Pass,  Tenga valley in conversation with his old colleagues. The news, articles, books and interviews have all talked about the failure of Political and Military leadership at that time. Our intelligence was also poor at that time in the area. The discussions have also gone around that our soldiers were not equipped for mountain warfare and that the weaponry and basic essentials like warm clothing’s, snow boots and glasses were not there. That the Chinese had modern weaponry and had detailed planning and well planned defensive positions. Our troops had no time to settle down, no time to build their defense positions and later were also cut off from their supply lines. When our supply lines were cut off by the meticulously planned strategy of the Chinese, our troops faced not only shortage of ammunitions but also food/ration to sustain. All this led to withdrawal of the troops from the battle fields. The poor logistics and lack of communication in the command structure, led to further crisis and chaos in the battlefield.

Last month, I had the opportunity to talk to retired soldier of the 4th Battalion of Garhwal Rifles, which saw action with the Chinese in NEFA now Arunachal Pradesh. The valour of the 4thGarhwal is well known and the brave act of Jaswant Singh is now immortalized in a Jaswant Baba temple in Jaswantgarh, named after him.The two brave local girls Sela and Nura who also lost their lives while assisted Jaswant Singh in the battlefields have also been immortalized by naming places, Sela Pass and Nuranang after their names. The retired soldier was Balwant Singh Bishtwith army number 4038106, from village Ghesh, Deval block of district Chamol of Uttarakhand. On November 17, 1962 the Chinese army launched a massive attack on their positions guarding the Se La pass. The Garhwalis fought back resolutely, but soon, their ammunition stock had exhausted and they were asked to withdraw. Thereafter, confused orders led to a collapse of the Indian positions in Se La. BalwantBisht and four other soldiers lost their way on their withdrawal journey. They survived on soft leaves and berries at the time. When they were crossing a snow-covered area on day eight, they were caught by the Chinese troops in the area. They were taken to area and made to relax and when a lady spoke to them in chaste Hindi, they were flabbergasted. She asked our name and later said that she did her schooling in Kolkatta and named many places of Kolkatta. They were later taken to Lhasa Tibet. The Indian Prisoners of War (POWs) totaling 3213, were kept in 4 camps in Lhasa.  The stay in the camp was by and large comfortable thought they had to go out in the open for defecation. As it was cold they did not have regular bath and when they felt they went to a nearby river for bathing and washing clothes. In the POW camp he came to know that the 4th Garhwal had killed 106 Chinese. It is also said that some Chinese were court marshaled for beheading the brave Jaswant Singh.  So enraged were the attackers that they cut off Jaswant Singh’s head and took it back to China. However, after the ceasefire, the Chinese commander, impressed by the soldier’s bravery, returned the head along with a brass bust of Jaswant Singh. The bust, created in China to honour the brave Indian soldier, is now installed at the site of the battle, a location now known as Jaswantgarh. Jaswant Singh’s saga of valour and sacrifice continues to serve as an inspiration to all army personnel posted in this area.

There was relative freedom to move in the surrounding area, where they also interacted with the local Tibetans. “Though the Chinese provided us a lot of freedom, efforts were made to brainwash the PoW.”BalwantBishtrecalled.”Literature and a map about the McMahon Line were distributed to the prisoners. It was compulsory for the PoW to attend the discussion and tell a Chinese officer about the gist of their talk,” he added. They used to slam Tibetan spiritual guru Dalai Lama and PM Jawaharlal Nehru. “They used to repeat regularly that ‘Dalai Lama crossed Indian border with 35 mules which were carrying boxfuls of jewels. These jewels were presented by the Tibetan Guru to the Indian PM’,” BalwantBisht said.

commander during his propaganda speeches to POW. He turned to be a Chinese intelligence man who spoke chaste Hindi and had a shop in Tenga valley and he was liberal at giving things on credit to all the uniformed persons coming to his shop.  Infact he recorded the number, names and rank of the person who took credit from his shop. He thus might have known all the regiments, total number of troops, movements, logistics and other formations details by being friendly with the troops. They saw him in officers’ uniform while accompanying the POW camp commander and we used to jokingly call him Tenga ka Lala. How and when he came to Tenga and how long he stayed in Tenga is not known to BalwantBisht, as at that time their Battalion had recently moved to Tawang from Nagaland.