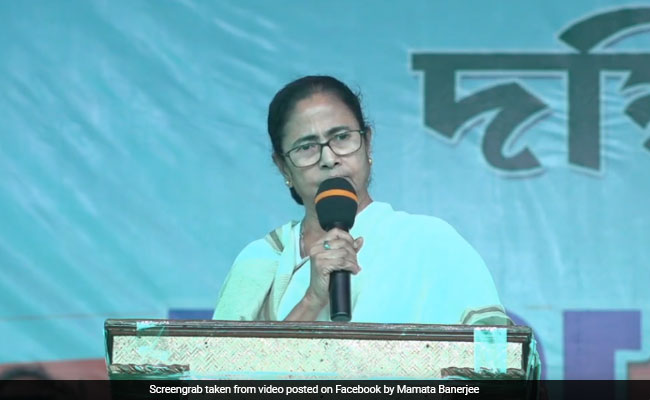 Bengal Chief Minister Mamata Banerjee today declared that she was roping in Nobel laureate Abhijit Banerjee to help the state out of the coronavirus-induced slump. Bengal so far has seen a limited number of cases. Bengal has less than 100 cases, but the 21-day lockdown announced by the Centre is expected to take its toll on the cash-strapped state.

Ms Banerjee, who sought Rs 25,000-crore aid from Centre to continue with the welfare schemes, including extra rations for the people during the outbreak, today said  the Bengal government will form a “Global Advisory Board” to counter the financial fallout.

“Due to the lockdown, there’s no revenue. We don’t know how long we have to stay like this. We have to plan for future. Our government will form a Global Advisory Committee for COVID-19 response policy in state. Nobel laureate Abhijit Banerjee will be a part of the committee,” she said.

Till noon today, there were 61 positive active cases, the Chief Minister said. A majority of them, 55 cases, belong to seven families and 99 per cent of the cases have international connection. Three persons have died and 13 have recovered from the disease.

The figures had drawn attention last week, when the number of deaths was scaled down from seven to three. The government said the four other deaths were caused by “co-morbidities” – meaning the other conditions the patients were suffering from.

Today, the figures triggered a war of words, with the Chief Minister giving a curt response to BJP IT cell chief Amit Malviya, who had accused her of fudging figures.

“Please don’t play politics over COVID-19. What if I post data to counter the Centre’s data,” the Chief Minister said.

The Chief Minister has donated Rs 5 lakh each to the Prime Minister’s National Relief Fund and the state Emergency Relief Fund from what she said was her “limited resources”.

“I do not take any salary as an MLA or a Chief Minister and I have also foregone my MP Pension despite being a 7-time Member of Parliament. I come from limited means. My primary source of income is from my creative pursuits, the royalties I generate from my music and books,” her tweet read.