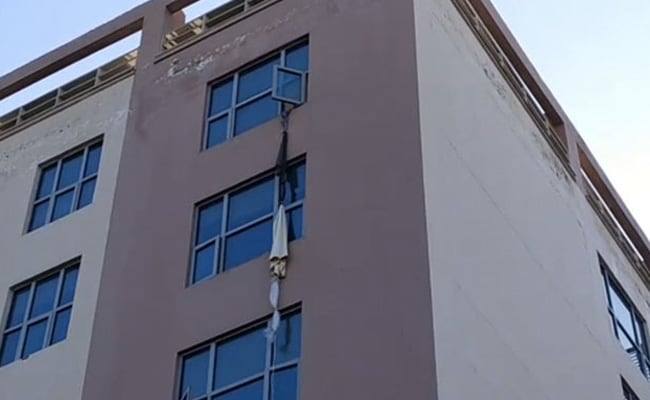 Karnal, Haryana, Coronavirus: The incident has raised questions on security at the isolation ward.

A 55-year-old man in Haryana, suspected to have coronavirus, died in an attempt to escape from the sixth floor isolation ward of a hospital.

The man fell from a window of Kalpana Chawla Medical College in Karnal at around 4 am today. He had fashioned a rope using bedsheets and plastic packets and was trying to climb down the wall when he fell, said the police.

The man, from Panipat, had been admitted to hospital on April 1 and was in the isolation ward. As he had multiple ailments, according to doctors, he had been isolated even though he had not shown symptoms of COVID-19.

His blood test results were yet to come out.

The incident has raised questions on security at the isolation ward.

Yesterday, a patient survived with fractures after allegedly jumping from a trauma centre building at AIIMS, Delhi, according to the Press Trust of India.

The patient was also a suspected case of coronavirus, with his tests results pending.

Haryana has 84 cases of coronavirus, including one death. On Sunday, a 58-year-old man from a village in Karnal, who had tested positive for COVID-19, died at the PGIMER hospital.