People with symptoms queue outside a Novel Coronavirus facilitation centre at the RML hospital in New Delhi on Wednesday. (Express Photo by Tashi Tobgyal)

The total number of confirmed cases of novel coronavirus (COVID-19) in the country climbed to 30 Thursday after a man from Ghaziabad with a recent travel history to Iran tested positive. The government also confirmed “some cases of community transmission” — this makes India part of a small group of countries, including China, Japan, Italy and South Korea, where community transmission of the virus has taken place.

National carrier Air India, which flew home Indian nationals from China, plans to mount special flights to Iran to evacuate an estimated 1200 Indians stranded in Tehran and Qom. Outside China, Iran is one of the worst affected countries in terms of positive coronavirus cases.

The Ministry of Health, in a statement, said that “in addition to COVID-19 cases related to travel, some cases of community transmission have also been observed” and “it has been decided to involve district collectors”. It said states have been asked to form rapid response teams at the district, block and village levels.

The World Health Organisation defines community transmission as the “inability to relate confirmed cases through chains of transmission for a large number of cases, or by increasing positive tests through sentinel samples (routine systematic testing of respiratory samples from established laboratories)”. This means that the virus is now circulating within the community and can affect people with no history of travel to affected areas or contact with an infected person.

Pointing to six cases in Agra, a senior health official said: “These were people who had neither travelled nor come in contact. You can call it a case of localised community transmission. And if we had not reached them in time, they would have started spreading the infection in the community too.” 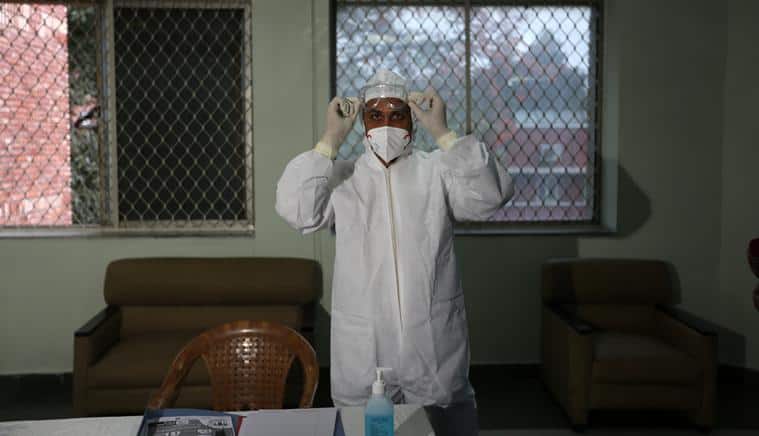 In addition to 15 functioning laboratories and 19 more coming up, the government is in talks with the private sector to augment services for coronavirus patients and suspects. Fourteen of 16 Italian tourists who have tested positive are the first patients at a private hospital — in Medanta in Gurgaon. The hospital, in a statement, said they are on an isolated floor.

Announcing additional restrictions, the government said: “In addition to visa restrictions already in place, passengers travelling from/ having visited Italy or Republic of Korea and desirous of entering India will need certificate of having tested negative for COVID-19 from the designated laboratories authorised by the health authorities of these countries. This will be enforced from 0000 Hrs of 10th March, 2020 and is a temporary measure till cases of COVID-19 subside.”

This comes a day after the government announced that all passengers arriving in India would have to undergo thermal screening at international airports and sea-ports. India has already suspended all regular/e-visas issued to nationals of China, South Korea, Italy, Iran and Japan. Two Indians with travel history to Italy and 16 Italian tourists are among the 30 confirmed cases in the country so far.

Following the outbreak, the India-EU summit, which was slated to be held in Brussels on March 13, will now be rescheduled. Prime Minister Narendra Modi was to travel for the summit.

Efforts are on to evacuate Indian students and pilgrims stranded in Iran. External Affairs Minister S Jaishankar, in a tweet, said: “Update for Indians stranded in Iran and for their families. Our medical team for screening arrives in Iran today. Hope to establish first clinic at Qom by evening. Screening process will start immediately. Working on logistics of return with Iranian authorities.” People wear mask to protect themselves from virus at IGMC Hospital, Shimla on Thursday. Express Photo by Pradeep Kumar

In a suo motu statement in Parliament, Health Minister Harsh Vardhan said: “Another major area of concern is Indian pilgrims and students stranded in Tehran and Qom, Iran, epicentres of the Iran Covid-19 outbreak. Government of India is following up with Iran authorities for their well-being and to tie up evacuation as per need.”

A senior official said: “Officials at the Ministry of External Affairs have reached out to their counterparts in the Ministry of Civil Aviation to begin preparations for the special flight. However, the discussions are at an early stage and the details have not yet been finalised.”

Besides NIV-Pune, testing of clinical samples has been initiated in 15 laboratories. Another 19 laboratories are being prepared to test samples to ensure adequate geographical spread across the country. “The network is being further expanded,” Harsh Vardhan said.

“Our focus is on adherence to core capacities for disease preparedness and response which include surveillance, laboratory diagnosis, hospital preparedness, logistics management, capacity building of healthcare staff and risk communication to the community,” he said.

Harsh Vardhan held a meeting with representatives of top private sector hospitals in Delhi such as Apollo, Max, Medanta to discuss issues such as preparedness in terms of bed capacity of hospitals for infected cases, isolation wards, protocols for sample collection and testing, protocols for outdoor patients.

“It was discussed to create a pool of beds in private hospitals, and NITI Aayog would support MoHFW and private hospitals in doing so, such that the data for availability along with the requisite trained manpower is known. Collaboration on sample collection and testing was also discussed, wherein Secretary (HFW) stated that 35 labs have been identified across the country, number of which will be increased to more than 100 in coming days,” an official statement said.

A total of 6,49,452 passengers have been screened at airports till date. In addition, there are 29,607 people who are under IDSP (Integrated Disease Surveillance Programme) community surveillance and contact tracing.