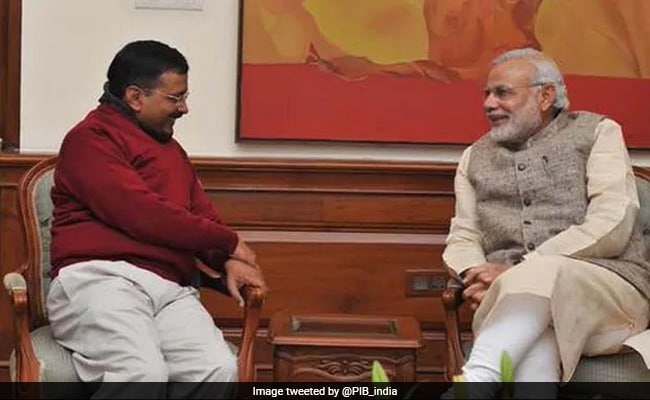 The meeting – which will take place at parliament at around 11 am – comes nearly a week after violence in northeast Delhi over controversial citizenship law killed over 40 people and injured more than 200.

Last week, Mr Kejriwal had met Union Home Minister Amit Shah over the clashes. “Amit Shah assured all help. We decided we must rise above politics,” Mr Kejriwal had said after the meeting. The violence happened at a time when US President Donald Trump and his family were on a two-day visit to India.

The Delhi Police – which is under the central government – has arrested over 1,200 people over the four-day flare up last week. A total of 369 cases have been filed, 44 of which are under the Arms Act.

Mr Kejriwal had invited PM Modi for his oath ceremony last month but he could not attend. The Prime Minister was in his parliamentary constituency Varanasi to inaugurate various projects. He had congratulated the AAP chief on Twitter.

“I congratulate Shri @ArvindKejriwal on taking oath as Delhi’s CM earlier today. Best wishes to him for a fruitful tenure,” PM Modi wrote.

Thank you for the warm wishes sir. I wish you could come today, but I understand you were busy. We must now work together towards making Delhi a city of pride for all Indians https://t.co/hHFvH8cLCJ

The Delhi Chief Minister, in a swift response, had said: “Thank you for the warm wishes sir. I wish you could come today, but I understand you were busy. We must now work together towards making Delhi a city of pride for all Indians.”

This was the second Twitter exchange between PM Modi and Mr Kejriwal after his AAP won 62 of the 70 Delhi seats and PM had put out a congratulatory note. Mr Kejriwal had replied by saying he was looking forward to work with the centre for the development of the national capital.