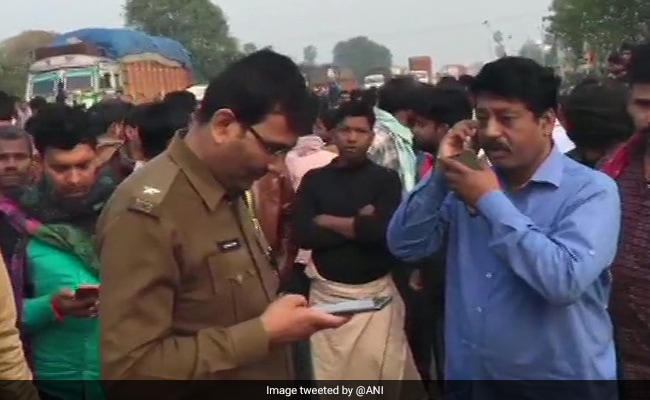 Bihar NH-28 Accident: The injured are undergoing treatment at a hospital.

At least 12 people died and three were critically injured in a head-on collision between an SUV and a tractor in Bihar’s Muzaffarpur district early on Saturday, an official said.

The accident occurred on National Highway 28 in Kanti area, about 80 km north of Patna, when the speeding vehicle carrying 14 people rammed into the bricks-laden tractor, which was driving on the wrong side, District Magistrate Chandrashekhar Singh said.

The car’s occupants, from a village in Hathauri area, were returning to their homes on Holi from Buxar, about 200 kilometres away, where they had been working as daily wage earners, Singh said.

The impact of the collision left the sturdy car mangled, killing seven of its occupants on the spot and four others succumbed to injuries while they were being rushed to a hospital. A person seated on the tractor was also killed, while three occupants of the SUV are undergoing treatment at a hospital and their condition is stated to be critical, he said.

The national highway was blocked for a few hours after the mishap as large crowds had gathered at the spot upon hearing the scrunch. Movement of vehicles was restored after police arrived with quick response team personnel and got the road cleared, the district magistrate said.

An ex gratia of Rs 4 lakh will be paid to the families of the deceased as per the state government”s policy, the official added.